Bryan moved down to St Croix in 1990, just after Hurricane Hugo: a catagory 5 hurricane; the worst recorded in St Croix history. He purchased a wrecked house and over the following year, put it back together again. It wasn't until 1995, when Jill went on a post graduate vacation to St. Croix, that the two met. Bryan likes to say "I was waiting with my tail wagging!" They were married in the garden at their house, and later welcomed their daughter Bryanna to the family.

In 1997, they read a news article on The Hobie Mirage Pedal Kayaks, and opened The first Hobie Kayak Dealership in the Virgin Islands. Over the years: they founded The St. Croix Kayak Club; The Caribbean Indigenous Arts and Crafts Museum; commissioned The Cra Cra, a Kalinago dug out canoe; opened AYAY ART; built and founded Cane Bay Campground; became advocates for Salt River Bay National Park by removing abandoned vehicles and trash, and erecting signs; taught Pre-Columbian history and art to local schoolchildren; found the fabled Maroon Cave; and held pottery seminars in the Taino tradition.

In August of 2015, they moved their location to Salt River Marina, where they have incorporated much of Bryan's art. There is a display of original Taino Indian artifacts, as well as Bryan's Pit Fired Ceramics, handmade headdresses, paintings, and wood totems. There are several Kalinago dug out canoes on display. They also acquired a collection of  original Taino artifacts, that they dream of someday housing in a permanent exhibition. They have an interest and  passion  in sharing their love and knowledge of Pre- Columbian art, history and lifestyles. 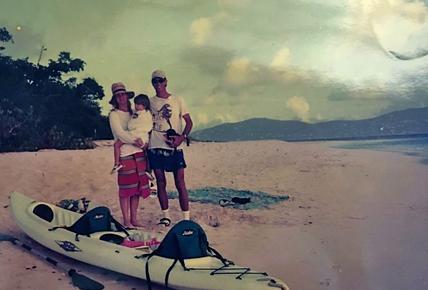 Jill  is a lover of the outdoors and nature. Originally from Silver Spring, Maryland, she always dreamed of living in a place where she could hike, snorkel and kayak all year round. After graduating from Salisbury University with a bachelor of Science in Philosophy, she ended up on St. Croix, where she loves to share her enthusiasm for St. Croix and the natural world. Ask her about her list of things to do and places to eat on St. Croix.

​ As a native Crucian, Bryanna grew up with a love for the water, born in the saddle, so to speak, Bryanna has been kayaking all her life. She started going to Buck Island on the back of her parents' kayak when she was one and a half years old. Sharing a love of art with her dad, she enjoys painting, photography and design. She earned her bachelor of fine arts in graphic design from Salisbury University and is a freelance designer at BU Graphics on St Croix. 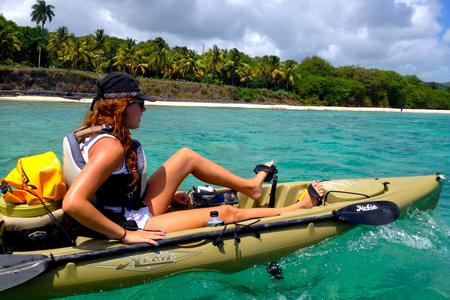 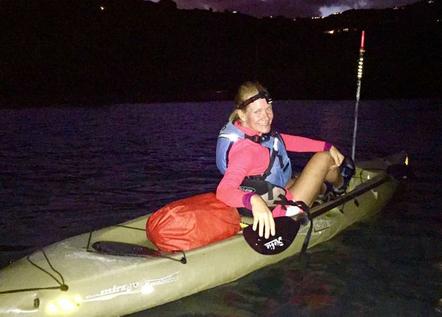 Hailing from Sweet Valley, Pennsylvania, you could say Bryan is a Renaissance guy. He's a self taught artist and history buff, and at anytime, you can catch him working on the restoration of an Art Nouveau lamp, or harvesting local clay for his pit fired ceramics. His love of  Pre Columbian history has led him to share the story of the indigenous people of the Caribbean through his art and paddlesports. 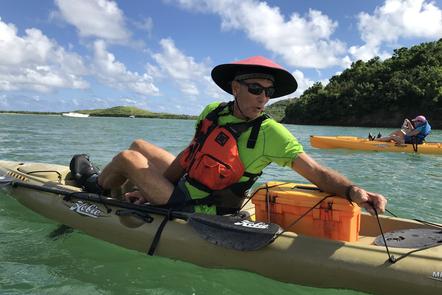 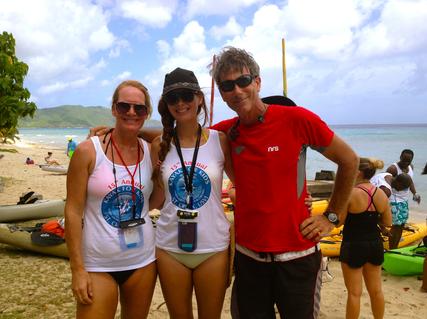 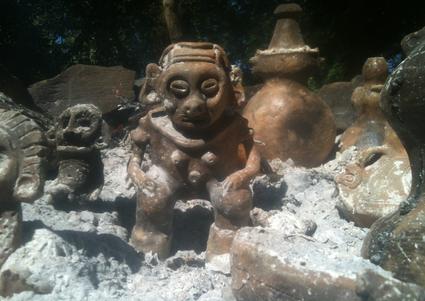 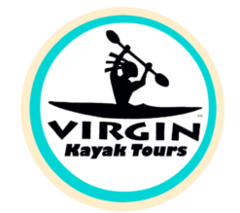